Here is a simple task which would work well as a starter which practises negative numbers at the same time as (hopefully) leading into a nice discussion about sequences and term-to-term rules. 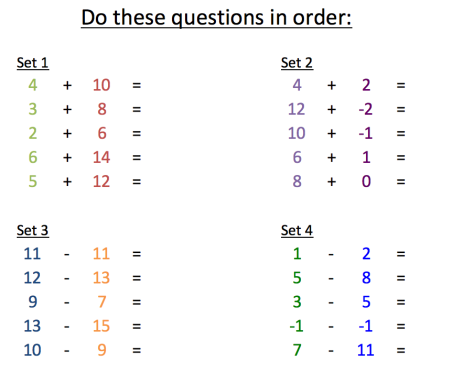 I created this on a spreadsheet here, so you can change the questions or the order.  If you are feeling ambitious you could do this with decimals or fractions, or also include multiplication, which would generate quadratic sequences.

And here is another one which basically just

seeks to reinforce the idea of what “n” means by substituting it into nth term expressions.